Presented November 10 at the 2019 ILDA Conference held in Orlando, Florida

The ILDA Awards are the laser display industry's equivalent of Hollywood's Oscars. Each year, they honor companies and individuals from around the world for their achievements. These awards were bestowed at the 2019 ILDA Conference:

For more details on the winners, download the 2019 ILDA Awards booklet (PDF format). The booklet lists all winners, plus credits and a description of the work.

Videos of the winners (1st, 2nd and 3rd) are available on YouTube. Links are below, in the list of winners. You can also go to the ILDA YouTube playlists for all Award-winning videos or for just the 1st Place winning videos.

(Note: A few Award winners may not be at YouTube either due to copyright issues with the video music tracks, or because a photo or written text was submitted instead of a video.)

If you want to get a quick overview of all of the winners, below is a video compilation of the 2019 Award winners. This 31-minute video contains short excerpts from each Award-winning entry.

If you can’t play the video: Because of copyright claims on some audio tracks, the video may not play on phones or other devices, or may not be available in your country. 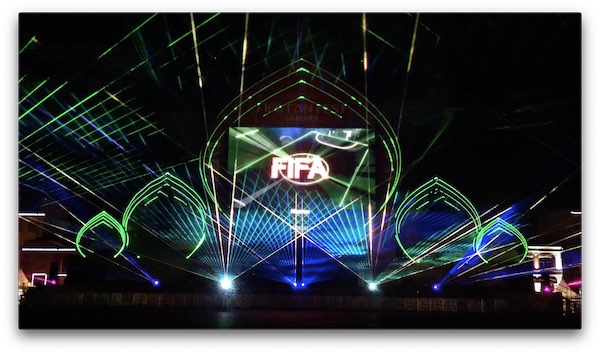 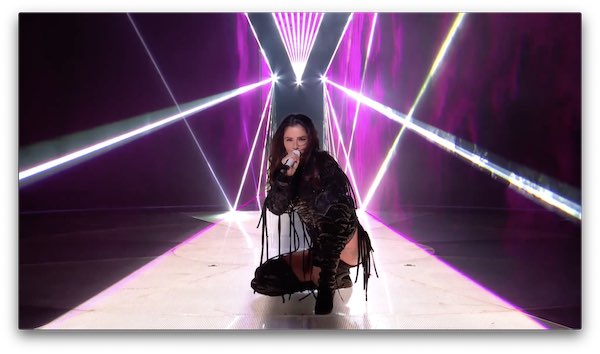 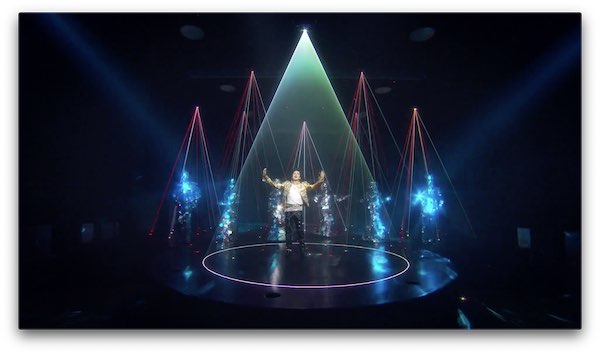 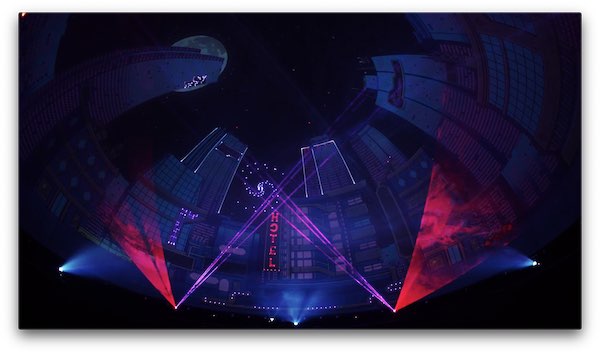 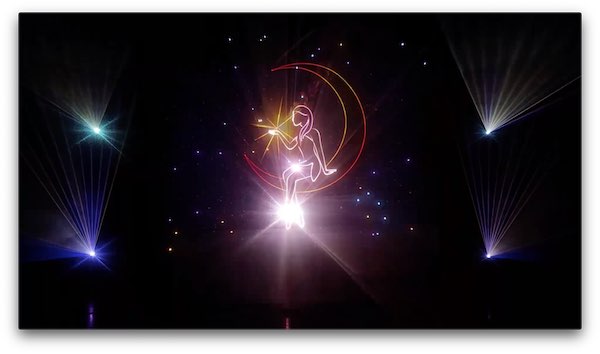 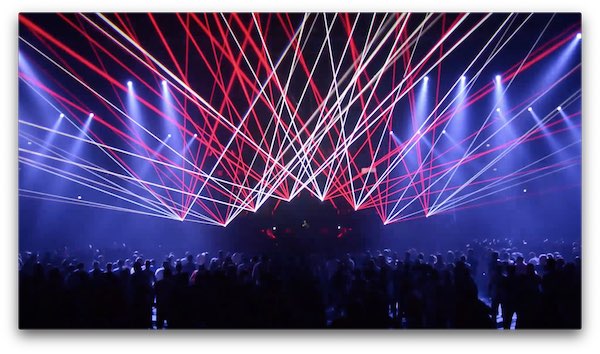 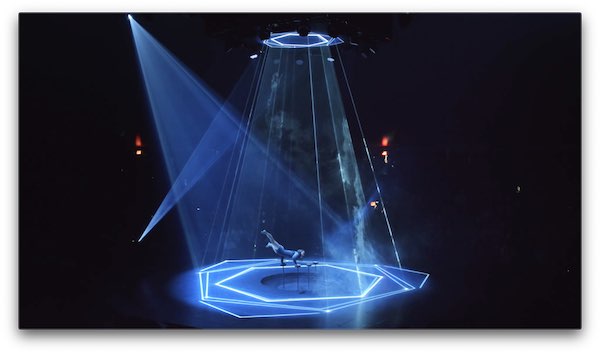 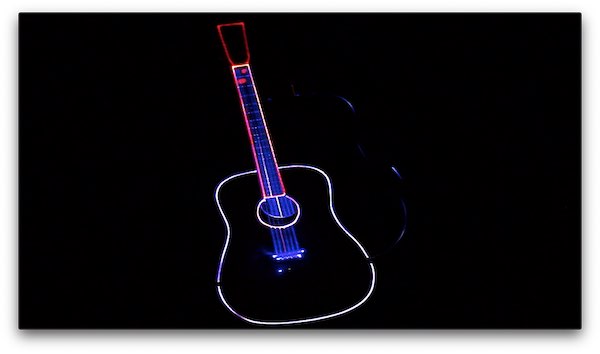 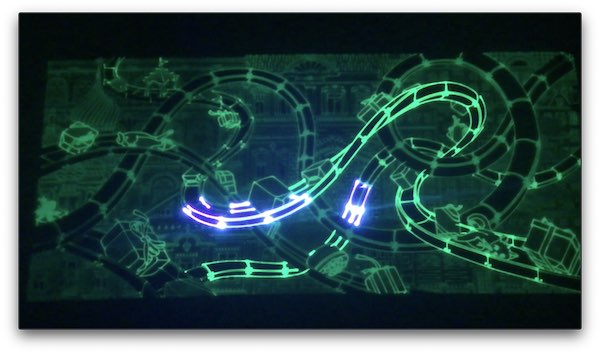 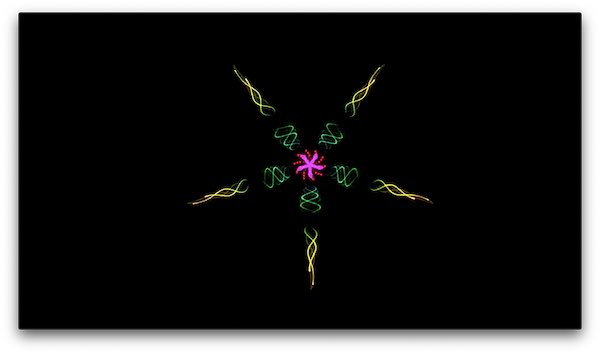 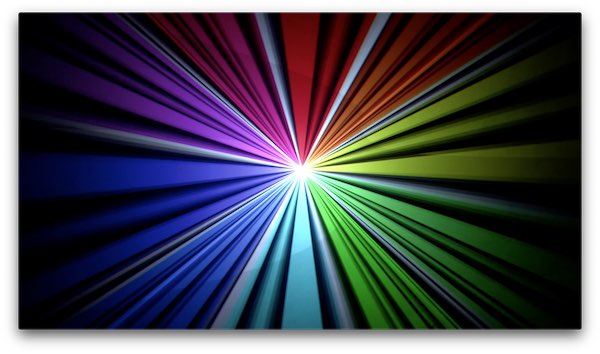 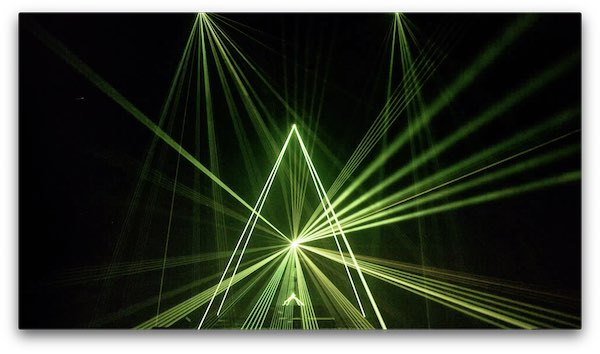 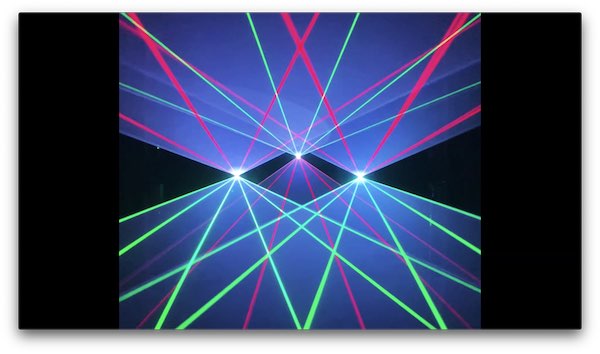 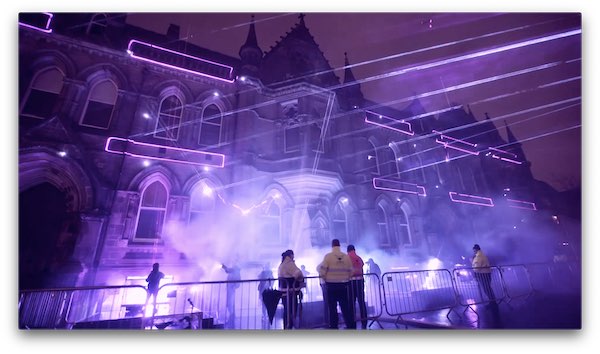 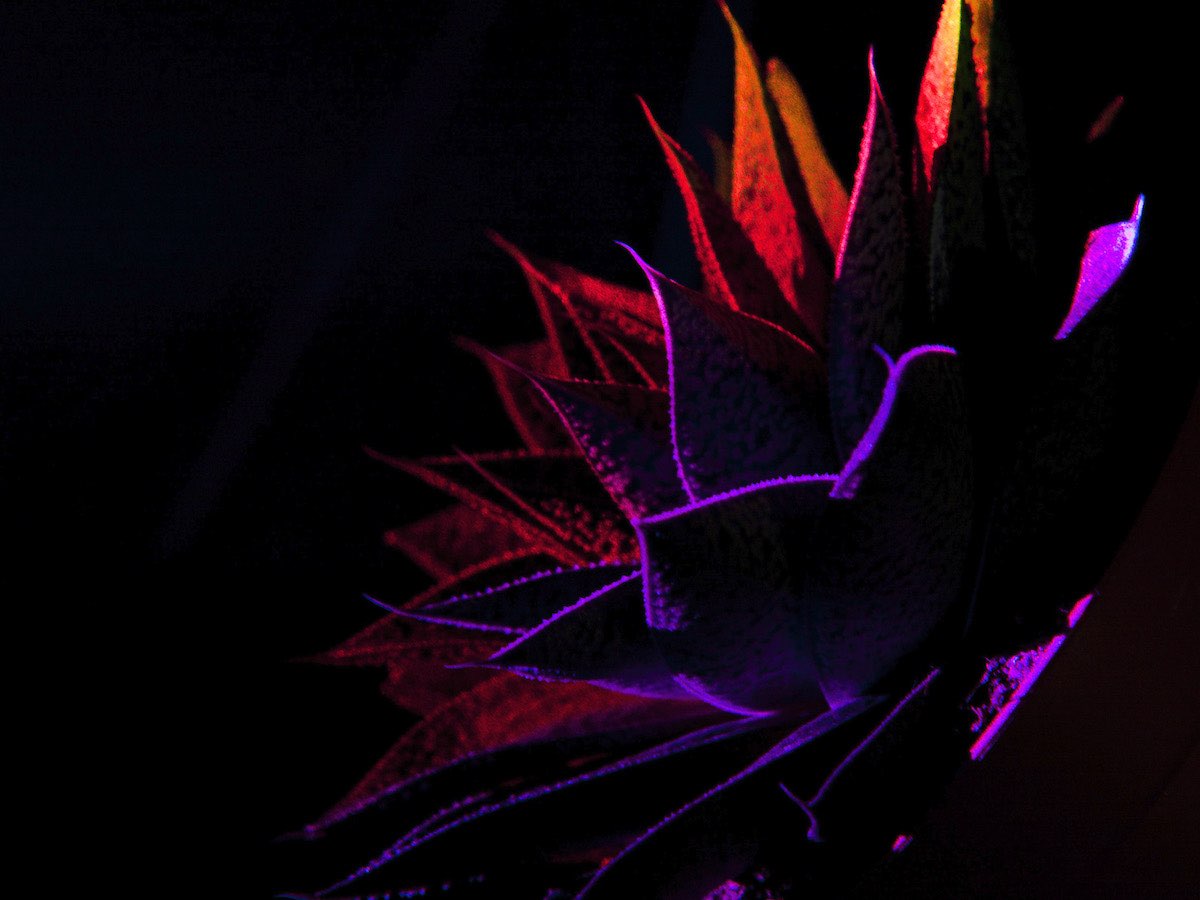 Performed live, and judged by attendees, at the ILDA Conference's Lase-Off, November 9, 2019, in Orlando 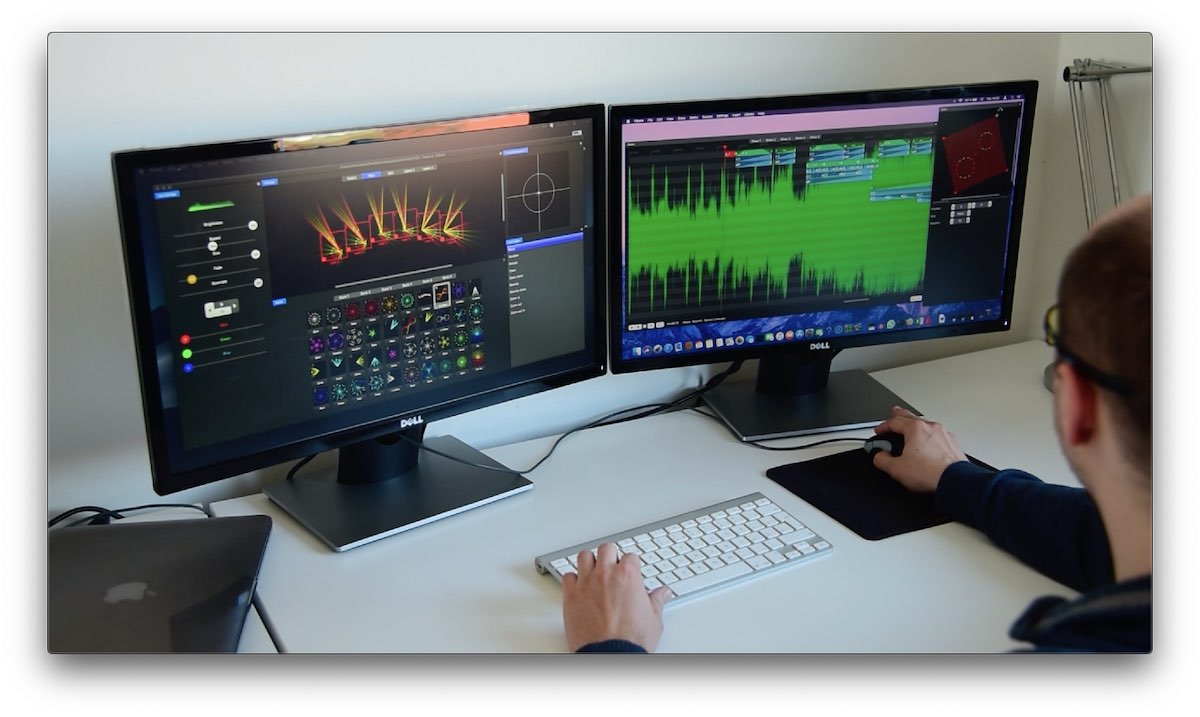 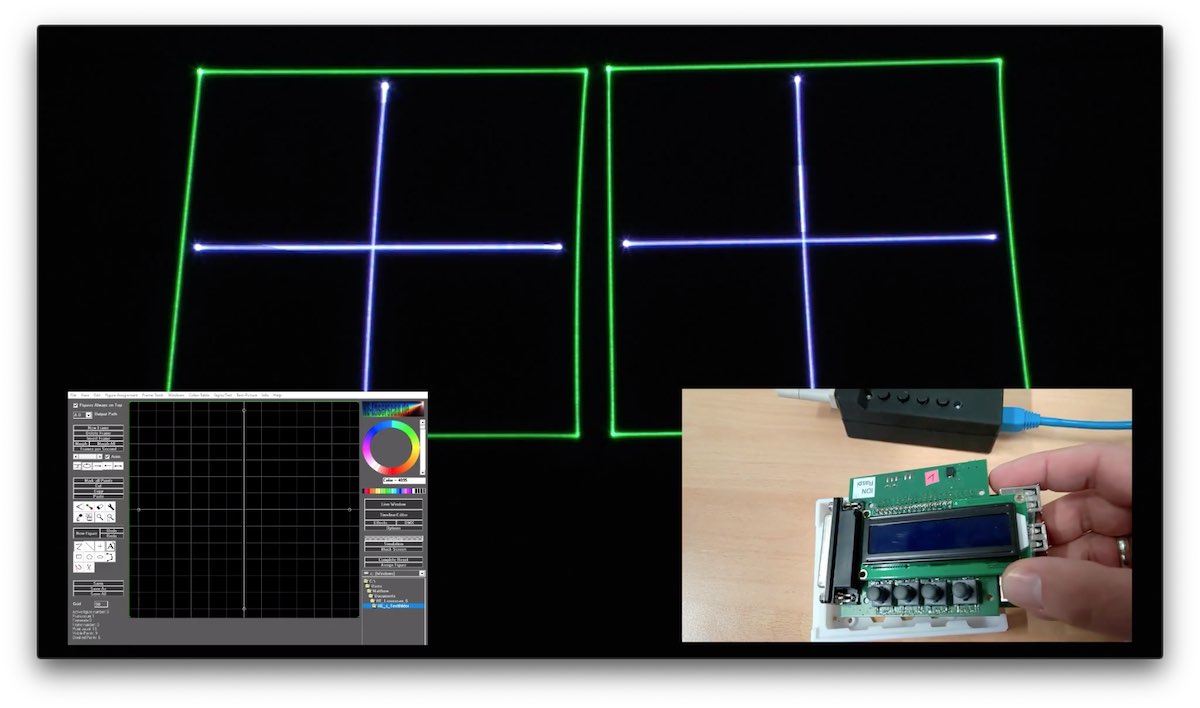 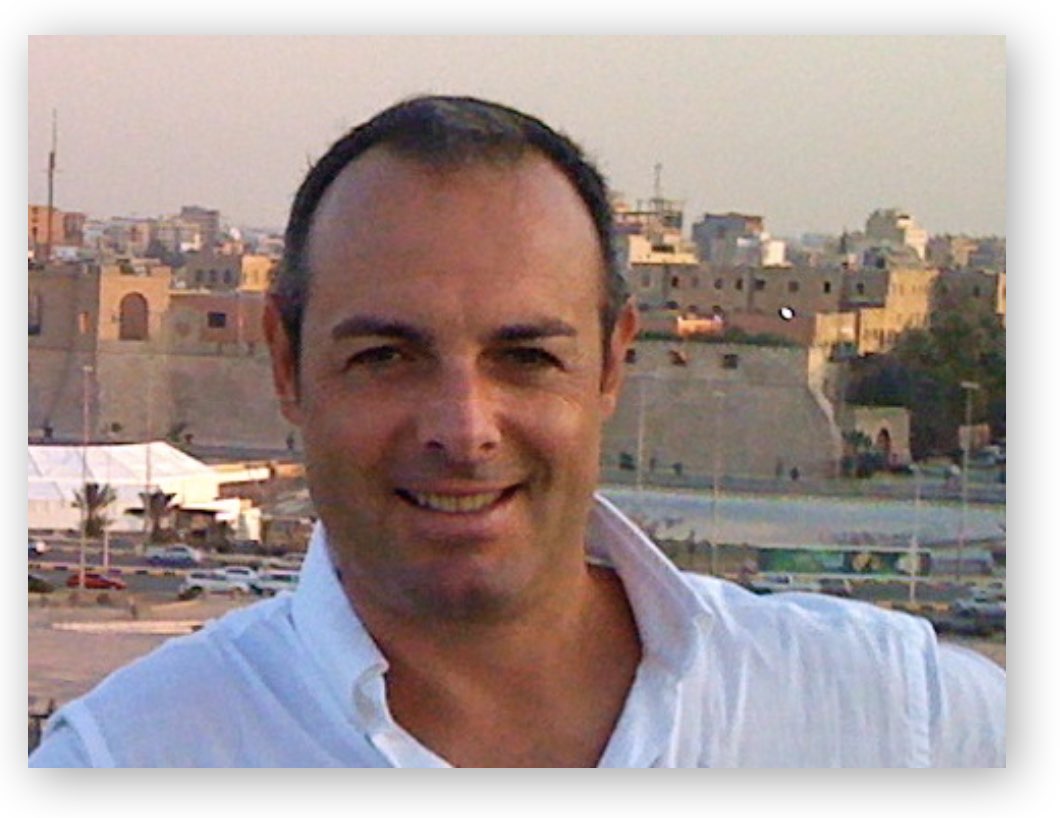 Alberto Kellner-Ongaro has been active in the entertainment industry since 1985. He first worked in PR and event organizing for a show agency in Milan. Since 1987, he has worked with lasers. In May 1988 he founded Laser Entertainment srl. The focus of the company was to use and promote lasershow among the entertainment industry and related markets in Italy and in southern Europe, since spreading to the Middle East. Also, from the beginning Alberto has been fascinated by the use of lasers together with other media techniques (video, lights, special effects) to create a real "multimedia show".

Since the first large scale waterscreen installed in Gardaland in 1995 (ILDA Award first place, Multimedia, in 1996), Laser Entertainment has received more than 30 international awards and recognitions between ILDA and other first place prizes from groups such as the European Lasershow Festival, BEA, and the Pepsi Award.

Alberto and his creative team have been pioneers in graphic lasershow creation using different software platforms (Laser System Magnum, LOBO Lacon 3, Pangolin), bringing and sharing high quality "state of the art" lasershows to the industry. Furthermore he has developed and assembled innovative laser products, including:

Since 2010 Alberto and his team have pushed forward the integrated use of laser, lights and video mapping 3D to allow a unique multimedia experience

Laser Entertainment was the first Italian company to join ILDA, in 1993. Since then Alberto has been an active member promoting the safe use of laser in Italy, southern Europe and the Middle East. Alberto served on the ILDA Mascom committee in 2002 and 2003, then as Board member in 2004, and served as ILDA President from November 2004 to March 2006.

Voted by the ILDA Membership, via email ballots

• Most of the artistic entries were judged in June 2019 by an online panel of nine judges (listed earlier on this webpage). Each category had three judges assigned. This was done to ensure judges did not evaluate any category where they had entries, and to spread out the workload of viewing so many entries.
• Laser Photography and Career Achievement Award entries were judged by ILDA Members voting online, June 4-18, 2019.
• Fenning technical entries were judged via online discussion of a three-member panel (listed earlier on this webpage) that reached its decision July 12, 2019. They evaluated nine entries from six ILDA Members.
• Laser Jockey entries were viewed and judged by attendees at the Lase-Off during the ILDA Conference in Orlando on November 9, 2019.

The 2019 artistic judges viewed the entries in their assigned categories via a secure, private Vimeo link. They rated each entry on a 1-5 scale according to four factors: Technical Competency, Artistic Competency, Quality and Variety of Laser Effects, and Visuals Following Music (sync). The scores were added up.

The highest scoring entry in a category won First Place, the second-highest won Second Place, and the third-highest won Third Place. In case of a tie, judges were asked to review the tied entries and express their preference. The entry with more judges' preferences won the higher placement.

Below is some information about the entries' scores. This may be of interest to persons who submitted in 2019, as well as those submitting for future Awards:

• The "Results for all entrants" spreadsheet lists all of the 2019 artistic Award entries, and the scores they received from the judges. (For this public version, the show names and entrant names have been removed.) The most important column is "AVG. SCORE". This has been color coded, so that green means an entry received an above-average score in its category, yellow indicates an average score, and orange & red indicates a below-average score. The Average Score is used to determine the First, Second and Third Place winners.

• All Members who entered the 2019 Awards were emailed their row numbers and entry names. Here is an example, using made-up information. They can match this information with the row numbers in the anonymous "Results for all entrants" spreadsheet, so the Member can know how his or her entries did, relative to others in the same category. If the judges made notes on the entry, those notes are included.

• The Laser Photography category was voted on by Members sending an email with their first, second and third favorites. Thirty-five Members voted. A first favorite received 3 votes, a second favorite received 2 votes, and a third favorite received one vote. Below is a chart to show the vote distribution. Only the names of the First ("Power Plant" by LOBO), Second ("Lightliquid" by LOBO), and Third ("Mukor Rules" by Christopher Short) Place winners are publicly released; the other entries remain anonymous.

The Laser Jockey competition was voted by ILDA Members watching each contestant, live, during the Lase-Off on November 9, 2019. Each of the nine contestants played live to a randomly selected piece of music, using a laser controller they had set up themselves or had brought to the event.

Persons attending the Lase-Off could vote. Voters were given a ballot and, for each contestant, circled a level from 0 (poor) to 5 (excellent) based on their overall impression. Contestants were anonymous. Since voters did not know who each contestant was, they voted for "Laser Jockey 1", "Laser Jockey 2" etc. in the order of show presentation.

After the event was over, a spreadsheet (shown below) counted how many "0" votes each contestant got, how many "1" votes, how many "2" votes, etc. If all voters had voted for all nine contestants, then we would simply multiply the number of votes by each level as follows…

…and then add up these results to get the total score.

However, not all of the 29 voting ballots had scores for all nine contestants. If a voter took a break, or left early, then there would be some contestants who did not receive any votes. There were 29 ballots returned. One contestant was scored on all 29 ballots, but other contestants were scored by fewer voters

To fix this, the votes were weighted. For each contestant, depending on the total number of voters who scored them, the contestant's votes in each category were multiplied by a factor as follows…
This way, it was as if each contestant received 29 votes.

Results are shown below. LJ 1, the first person to perform, received the highest vote total of 124.29. This turned out to be Garrett Crabtree, who received a First Place trophy. LJ 5 (Derek Garbos) and LJ 9 (Michal Pokluda) were in a tight race for Second and Third Place respectively. The other laser jockeys will remain anonymous.

The chart shows the distribution of scores. For example, the bright green line of First Place winner LJ 1 has no "0" or "1" votes and rises steadily to have a weighted total of 14.50 "5" votes. LJ 6 in contrast received a very high number of "4" votes (12.43 weighted) but had the lowest number of "5" votes (3.11 weighted) which helped drop him or her to seventh place. 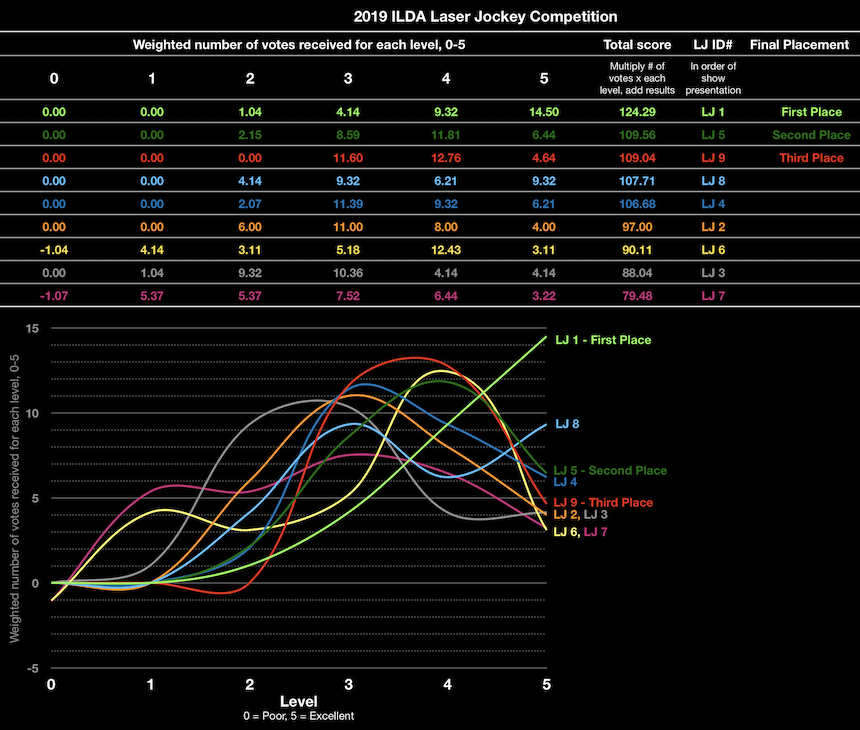