ILDA Board and officers

ILDA is governed by a five-member Board of Directors elected by the membership. Elections are held during the Business Meeting, which is part of the annual ILDA Conference.

In its first 32 years, ILDA has had 41 directors. A text list of past Board members is on the ILDA history page, and we have a timeline graphic showing the Board members and their terms.

ILDA Board and President

Theo Petrides
Individual Member, US
Term expires at the 2024 meeting

Horacio Pugliese
LaserNet, US
Term expires at the 2024 meeting

Christopher Short
Individual Member, US
Term expires at the 2024 meeting

You can write to individual Board Members by searching the ILDA online directory for their name (or if they are not the company contact, search for their company's name).

If you want to write to all Board members at once, use this address: 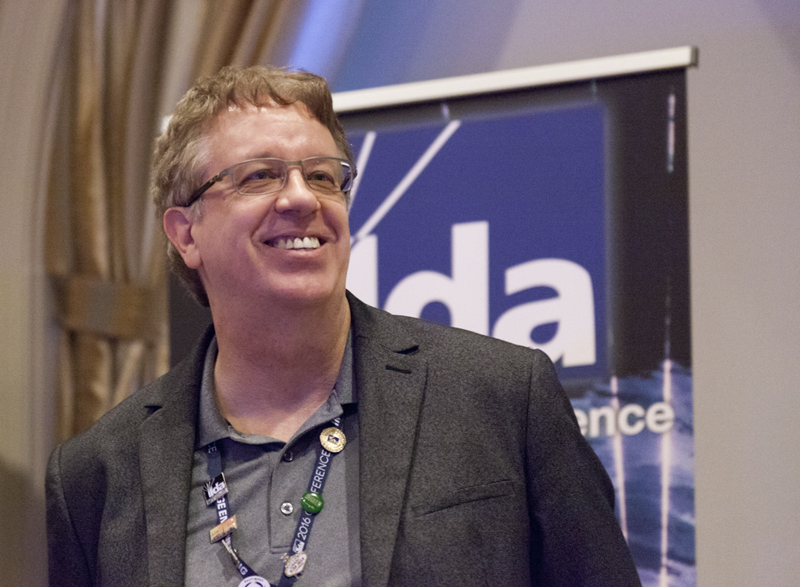 The Board of Directors is responsible for ensuring the Association’s long-term financial stability while fulfilling the association’s strategic mission.

ILDA’s Bylaws — and especially Section VIII, Board of Directors — sets forth the official description of the ILDA Board’s qualifications, election and duties.

In addition, here is a general list of the Board’s responsibilities:

Zoom meeting instructions for Board members

The following instructions tell Board members when and how to get onto the monthly Zoom meetings.

Day of the month

Board Zoom meetings are scheduled for the second Wednesday of each month at 1:30 pm, Orlando local time.

We may send out reminders, but ultimately it is each Board member’s responsibility to mark this as a recurring event and to try to keep the time free.

In the spring and fall, remember that U.S. Daylight Saving Time starts and ends on different dates than in other countries. Therefore, you should double-check before each meeting to ensure you are calling in at 1:30 pm Orlando time.

(Note: The Waiting Room is enabled. You will not be able to participate unless you are a Board member or are otherwise authorized. This means you may have to wait in the Waiting Room until we let you into the Zoom meeting.

Here is the current time in your browser's internet connection location…

… and here is the current time in Orlando: