The Special Achievement Award is given for significant achievements that are not already sufficiently covered by existing ILDA Award categories.

The format of the award is "Special Achievement Award for (name of achievement)." The name of the achievement will of course vary, such as "for Cultural Enhancement" or "for Community Service" or "for Charitable and Fundraising Efforts".

The SAA is normally awarded to a current ILDA Member, although in rare cases there may be past Members or persons outside ILDA whose work deserves recognition.

An SAA can be suggested or nominated by anyone, but must be voted on by the ILDA Board with the advice of the Chair of the ILDA Awards Committee. This is a Board award.

More information on the Award criteria is on the Judging guidelines and procedures page; scroll down to the ILDA Special Achievement Award section.

Recipients are listed below. Click the gray bar with the person’s name for more information about them. 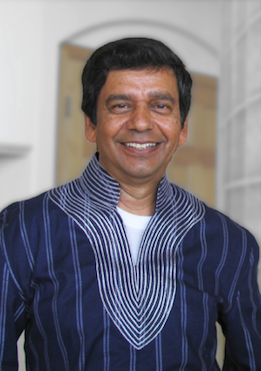 Awarded for exceptional merit in using laser display to celebrate India's heritage, and to prepare the next generation by introducing a course on laser art and animation and establishing the Manick Sorcar Laser Animation Laboratory at Jadavpur University.

Manick Sorcar is a Renaissance man: an engineer, a cartoonist, a film animator, and an exhibited artist in various media including laser. ILDA is honoring him tonight because of his work in laser display that celebrates the heritage of his native India. He has produced many documentary-type laser shows depicting Indian history. Along with his family, he has created world-touring, award-winning stage shows incorporating traditional and fusion Indian dances with life-size laser animation and visual spectacles.

In addition, he supported the art form by introducing in 2011 "Laser Lighting for Art, Animation and Entertainment’ as a formal academic course at Jadavpur University in Kolkata. The university built the Manick Sorcar Laser Animation Laboratory, where Manick contributed laser equipment worth over $100,000 and teaches as a visiting lecturer.

His laser works have received many awards from Indian organizations, as well as ILDA Awards including a Finalist in 2004 and First Place in 2005 (both for Live Stage Performance) and First Place in 2007 for his laser photograph Reflection, which made the cover of the 2008 Laserist magazine. As he said in a Laserist interview, "When doing a laser show, I do not believe in confining it just to some beam shows married with popular music. I strongly believe that it is a media through which we can bring people together for good causes and communicate with people in a visual language that they are attracted to."

Awarded for  exceptional merit in using laser display to celebrate India's heritage, and to prepare the next generation by introducing a course on laser art and animation and establishing the Manick Sorcar Laser Animation Laboratory at Jadavpur University. 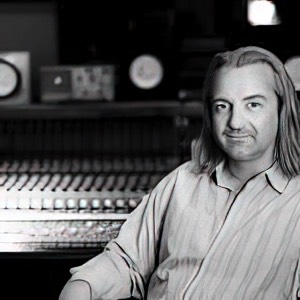 In 2015, Bjorn Schaller filmed a collaborative performance between Laser Images Inc. (then run by Jon Robertson) and the Laguna Art Museum. He edited the four-hour event into a one-hour show which was shelved. But he felt the story of laser shows was interesting enough that he contacted Laser Images with the idea to make a film.

Part of his enthusiasm for the project was his own personal inspiration related to Laserium®. In 1978 he attended a Tangerine Dream concert which included Laserium-created backgrounds. This inspired him to move from being a classical pianist to working with synthesizers and eventually into film composition and editing.

Schaller’s idea was audacious since, though he worked in post-production, he had never before made an entire film. He put together a budget and timetable in December 2015. He projected that it would take one year, full-time, to produce a 90-minute documentary on laser shows and Laserium.

He contacted ex-laserists who were very helpful. For example, Ron Hipschman had digitized 30 years worth of Laserium video clips and stills. It took Schaller six months to watch every one of the over 4,000 clips and images.

He also was able to document the last year of Laser Images in their Van Nuys location, and to film the last Laserium show there. He spent significant effort to have the laser imagery look as good as possible within the non-coherent, lower dynamic range of film and video. In one case, he spent hours adjusting settings to get minutes of good-looking footage.

Schaller was able to meet Ivan Dryer, who unfortunately was not healthy enough to be interviewed. Schaller recalled “I kept visiting him while progressing with filming and watching his decline. The last time I was with him, I played a few scenes from the film on my laptop, holding it over his bed. Ivan said: "it looks much better than I expected" and "I can't even walk, but you make me fly." That made me feel so good about what I was doing, I started to ignore that it was taking longer and longer.”

He was ready to start editing in mid-2017 but suffered a series of personal setbacks including a three-week period in which his closest friend, his closest family member, and Ivan Dryer all passed away.

During 2018 he edited the film, and wrote and recorded the music. Then in November 2018 his home burned down in a California wildfire. Fortunately for the film, the footage and materials were at his studio, which was untouched. He moved into the small, windowless studio and worked 24/7 for eleven months to finish the film and a trailer. Schaller recalled “It was like being at a laser show for almost a year.”

His goal was to complete the documentary in time for the November 2019 ILDA Conference in Orlando. He did make that goal, after 80 days of filming, 500 days of editing, and 5,000 hours of recording, mixing, color correction and “thinking about it.”

"Laserium, The Gods of Light" had its world premiere in front of a closed, private audience of ILDA Members. Many who had lived through the events were misty-eyed at seeing their passion finally captured on film.

The result is an artistic and technical achievement:

Therefore, for his tireless devotion and personal sacrifice in bringing the Laserium story to the general public and our Members, the ILDA Board of Directors votes to honor Bjorn Schaller with the 2020 ILDA Special Achievement Award for Documenting Lasershow History.

UPDATE, OCTOBER 2021: The documentary is now available to the public for rent or purchase as a movie on YouTube.

Awarded for creating the feature-length documentary "Laserium, The Gods of Light." This labor of love traces the rise, and fall, and rise again of commercial laser light shows, focusing on pioneers Ivan Dryer and Elsa Garmire — who are not widely known to the general public — and the company they founded, Laser Images Inc.