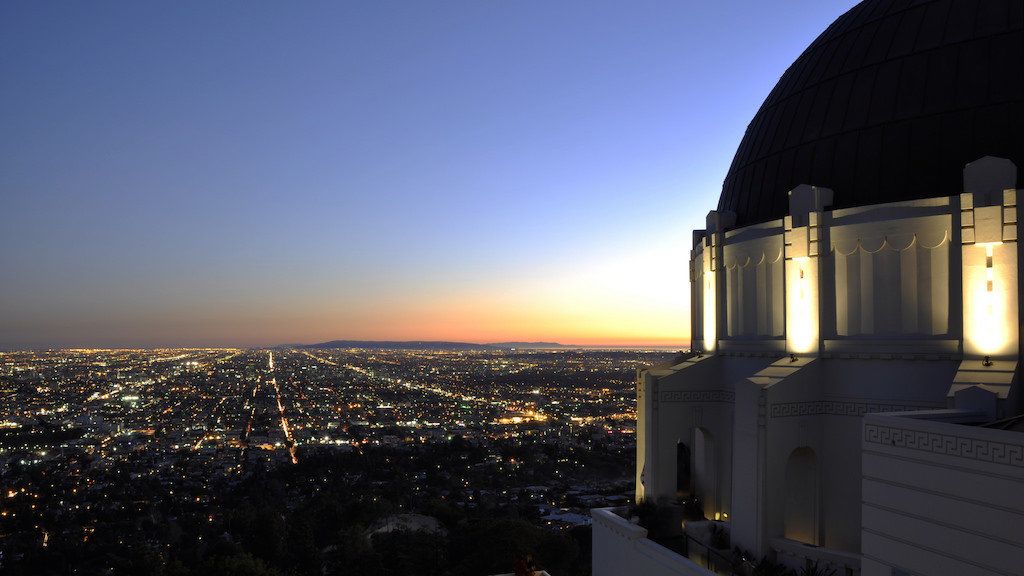 The first widely-known laser display was the “Laserium®” show presented in planetariums. In 1973, filmmaker Ivan Dryer had tried to capture the ethereal beauty of laser light in a movie. But the film stock could not adequately record the glittering coherent light and its saturated colors. He decided to bring lasers into a darkened environment – the planetarium – and to set the colors swirling to music and a star background.

Laserium was an instant hit. In fact, it became the longest-running theatrical attraction in Los Angeles, marking almost three decades from 1973 until the Griffith Observatory was closed in 2002 for a three-year renovation.

Dryer and others soon developed other entertainment uses for lasers, such as special effects at concerts and sporting events. He also helped found the International Laser Display Association, and received the very first ILDA Career Achievement Award, in 1989.

A 2016 profile of a Laserium laserist can be viewed here. A free online book by laserist Glenn Thomas is here. The website for the "new" Laserium company is here; the 2002 website of the "classic" Laserium company of Ivan Dryer is archived here.

A 2019 feature-length documentary, "Laserium: The Gods of Light" was produced and directed by Bjorn Schaller. Starting in October 2021, it is available on YouTube and on Google Play.You can also visit the film's Instagram page and Facebook page. The documentary was shown at the 2019 ILDA Conference in Orlando, and an 8-minute excerpt was shown online during the 2020 ILDA Cloud Conference. For his efforts in making this documentary, Schaller was voted by the ILDA Board of Directors to receive the 2020 ILDA Special Achievement Award for Documenting Lasershow History; a description is on the 2020 Awards page.

Laserium® was a registered trademark of Laser Images Inc. which as of 2018 is now owned by LumaLaser Inc.