The ILDA Awards are the laser display industry's equivalent of Hollywood's Oscars. Each year, they honor companies and individuals from around the world for their achievements. These awards were bestowed at the 2014 ILDA Conference:

For more details on the winners, download the 2014 ILDA Awards booklet (PDF format). The booklet lists all winners and includes a photo from each winning artwork, plus credits and a description of the work. 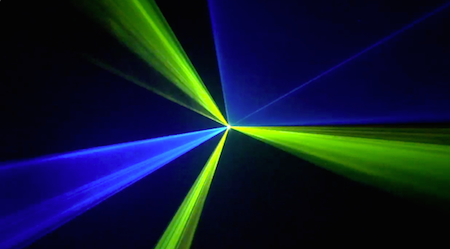 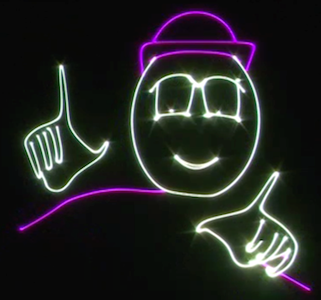 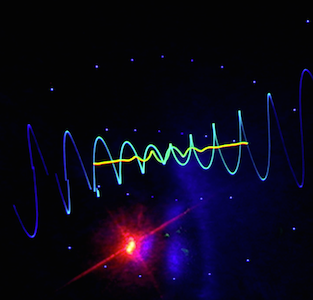 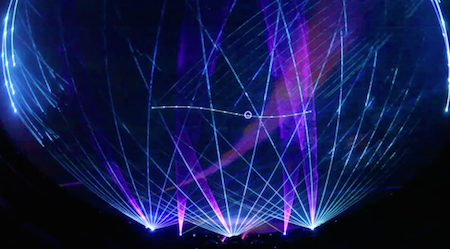 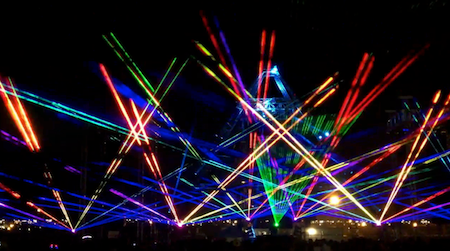 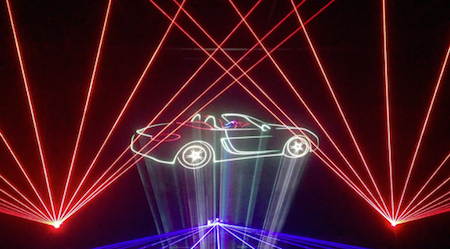 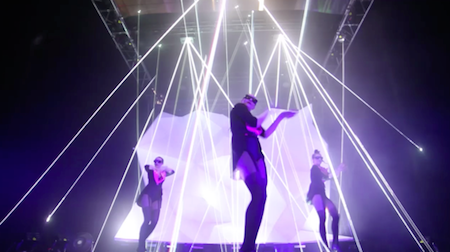 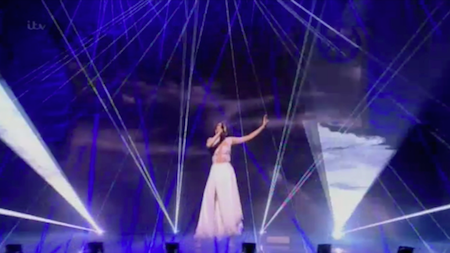 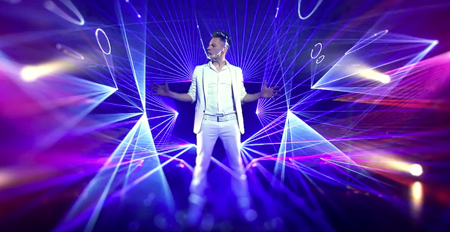 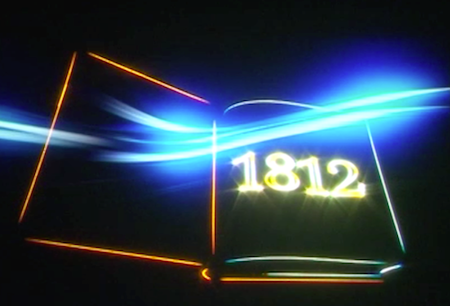 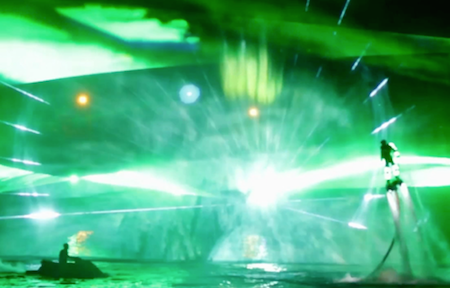 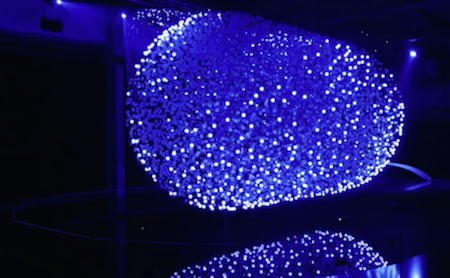 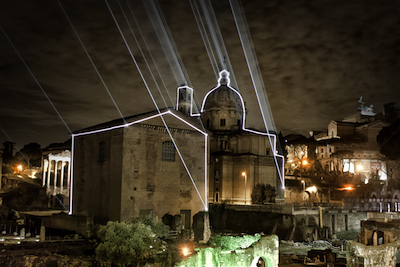 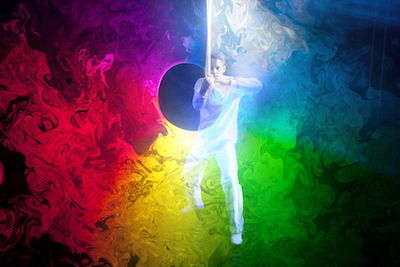 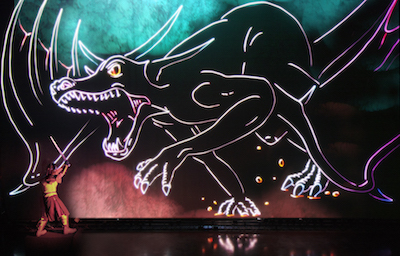 Performed live, and judged by attendees, at the ILDA Conference's Lase-Off, November 18 2014 in Las Vegas. 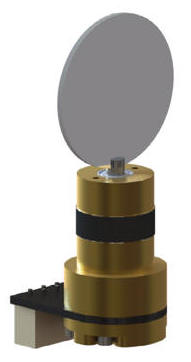 The ScannerMAX Compact 506 is a small, low-inertia galvanometer-based optical scanner capable of driving 3mm aperture mirrors at lightshow scanning speeds in excess of 50K (nearly 5kHz small signal bandwidth and 150 microsecond small steps) with no distortion, as well as being capable of driving mirrors up to 1 inch diameter. The small size, high performance, and yet low cost of the Compact 506 have made it an instant favorite among lightshow and industrial clients alike.

The Saturn 1 is a small galvanometer-based optical scanner offering what we believe is the highest speed available to laserists today. We have publicly demonstrated ILDA 90K at the recent Prolight & Sound tradeshow in Frankfurt Germany, and in the lab and at Photonics West, we have achieved projections with up to ILDA 120K.

A fully automated laser projection system, to display the ski jumper´s "best-to-beat" mark during jumping and landing directly on the landing slope. 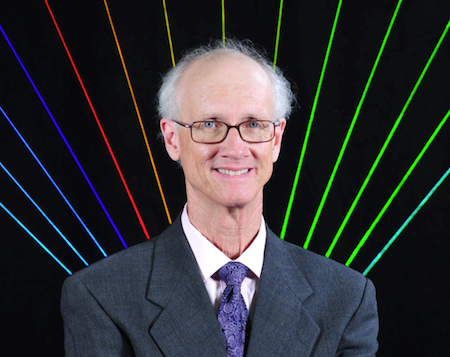 Tim graduated with a degree in Music Composition from the University of North Texas, and has always incorporated dance, film, and video into his compositions. While an undergraduate, he got his start in lasers in 1977, as a planetarium laserist for Laser Creations, Inc. in Texas. He also co-founded Brave Combo, a Grammy-winning band still going today. In 1985, Tim formed Laser Spectacles, Inc.. Since then he has performed and installed laser shows world-wide, from churches to raves, corporate meetings to outdoor festivals.

Tim approaches laser shows as an artist, passionate about getting the right look and achieving his unique vision. To reach his goals, he began designing and building his own laser projection equipment. He envisions the ideal show as "Laser Synaesthesia" -- seeing exactly what one is hearing; to accomplish this, he uses the same audio signal to control both the loudspeakers and the laser scanners. Tim is a professional musician and composes "Laser Synaesthesia" pieces to accompany his performances on saxophone, clarinet, Irish pipes and accordion.

Tim and Laser Spectacles have won over 28 awards, beginning with the first ILDA Awards in 1988 and continuing with First Place Awards in both 2011 and 2012 -- the only 1988 recipient still winning today. Other notable honors include "Best Laser Show" at LDI and a First Place International Festivals and Events Association award for "Best New Event.” Laser Spectacles was one of the first two companies to receive the designation "ILDA Accredited Professional Lasershow Company" in 2010.

Tim is a Founding Member of ILDA, and has been one of the most active Members through the decades. He documented ILDA’s first meeting at Lake Tahoe in 1986 with a diary and audio recording -- still available online at ILDA’s website -- and served on the first Publicity Committee. He has written many articles for "The Laserist" magazine. Tim was Chair of the Awards Committee from 1993-2000 and from 2006 to the present. He was instrumental in presenting live laser shows at the annual ILDA Awards Banquet; prior to his tenure, only videos were shown. As Awards Committee Chair, Tim oversees the Awards Categories, plans the lasers at the Banquet and organizes the judging of both the Artistic and Technical Awards.

Tim joined the ILDA Board in 2006, and served as ILDA President from 2006-2011. Tim and his wife Helen hosted the very successful 2012 ILDA Conference in San Antonio, Texas, and he did this as one of the few sole-proprietor companies to have run an ILDA Conference. In 2013, Tim received the ILDA Outstanding Service Recognition Award, for his long and distinguished service to the association.

About ILDA, Tim says: "I am thankful to have been a part of ILDA from the start; ILDA's network of support and inspiration aids me in accomplishing my goals. I feel part of a world-wide family of laserists." 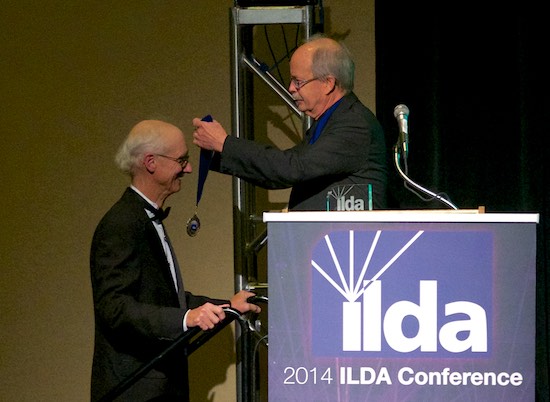 At the 2014 ILDA Conference in Las Vegas, Tim Walsh receives his Career Achievement Award medal from 2012 winner Tom Harman. Additional photos of Tim are on the 2014 Conference Awards Banquet page. 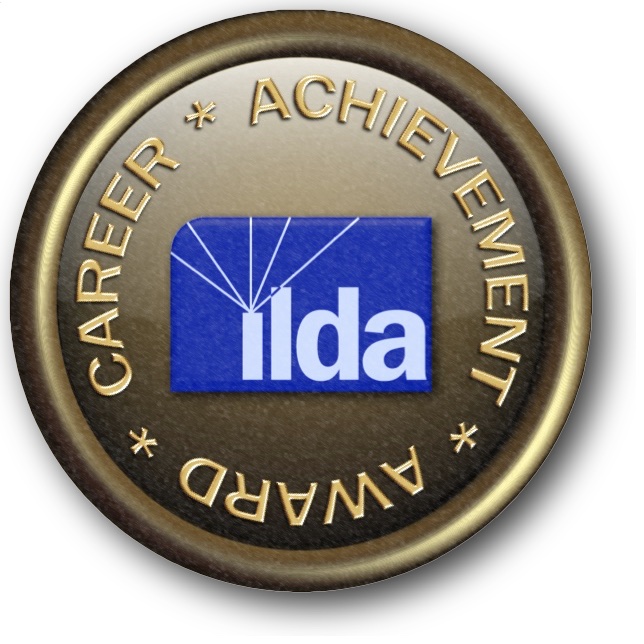 Below is the speech given by Tim Walsh at the ILDA Awards Banquet and Presentation, November 19 2014 in Las Vegas, Nevada.

Tonight I will not speak about lasers; we all share the wonder and appreciation of working with laser light. Rather, I will speak of our organization, the International Laser Display Association, and my experience of it.

Yes, I was at the original Lake Tahoe meeting in 1986, and took part in the founding of ILDA. I even thought to turn on a tape recorder for the hour long session in which the structure of ILDA was decided - you can find this recording on the ILDA web site and listen to it if you wish; it is amazing how quickly ILDA came together.

But the turning point in my relationship with ILDA took place in 1993 when the ILDA President, Steve Heminover, and the ILDA Board send out a questionnaire to all members. The final question was very simple, something like this: "What can you do to help ILDA?"

At the time, the main problem for ILDA members was that we spent too much time watching videos at the ILDA Awards and Conference, and we needed to see shows in laser. To answer the question, I decided to apply myself to solving this problem. I called up John Goss, the current Awards Committee Chairman, and informed him that I wanted to join the Awards Committee, and that bringing lasers to the ILDA Awards would be my goal. He gladly accepted.

In 1993 I arranged for a truckload of equipment to appear at the ILDA Conference in Orlando. We just projected two channels of graphics onto a big rear screen, and it was a step in the right direction. This was an important time for our industry - Cambridge 6800 scanners were being accepted as the new scanner standard, and so were PCAOMs. Argon and Krypton lasers were now combined into one tube - the long awaited "white light" laser now existed. ILDA's use of ADAT tapes was just beginning. At this conference, John Goss stepped down, and I became Awards Committee Chairman.

Well, this decision to help ILDA made a big difference in my life! Now I was helping to organize the Awards, contacting leading laserists and companies all over the world via phone and fax, and trying to arrange their award winning performances at the annual ILDA Conference.

I will never forget the first time that we had a "smoke and mirrors" show at the ILDA Awards - it was 1994 in Lincoln, Nebraska - the winning entry in the category that we now know as "Beam and Screen Show" was by Laser Promotions from the Netherlands. Ton Timmerman brought over a special fiber projector head, and his scrim; we added 24 mirrors, and he performed his winning entry "Vogue" by Madonna - I still feel goosebumps thinking about it. And then I carried out my racks of mirrors and diffraction gratings and performed my MIDI-triggered show "Drumbeams" for the LaseOff.

Overall, my experience of ILDA has been a wonderful enrichment of my life. I have a worldwide network of laser colleagues that I can call upon for assistance and support at any time. I am proud to receive this award, and thank you all for your support of ILDA and my efforts on its behalf, this means so much to me. Think about answering the question yourself - "What can I do to help ILDA?" Your life may change just as mine did!

And finally, I thank my wife, Helen, who has supported me throughout the years of long nights that it takes to be a successful laserist. Without her by my side, this all would not have been possible.

Thank you all very much.